11 - 13 May CANactions Festival in collaboration with the Architecture Film Festival Rotterdam presents you the fascinating urban cinema. If you want to watch the film please fill in the registration form:

Rotterdam 2040 is a film about the city’s future, departing from the principle of Gyz La Riviere that you can not look ahead without considering your past (something that hasn’t always been Rotterdam’s strongest feature). At high speed, La Riviere reconstructs the history of Rotterdam from the time before the bombings until now, and expands the developments to the year 2040 (100 years after the bombing and the 700th anniversary of the city).

The moral of the film is that, since the bombing, Rotterdam has been far too focused on building a future, causing it to forget its own history, and overwriting it too rapidly. La Riviere shows this plausibly through embarrassing examples of urban development that exchange the good for the new and the beautiful for the many. In addition to the urban appearance, the film also shows how the city is utilized culturally, also by its subcultures. 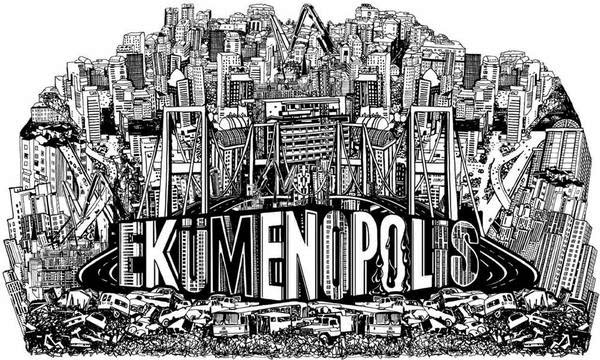 Istanbul, the city of 15 million inhabitants can hardly catch its breath, let alone create a urban masterplan to control its turbulent spatial developments. Plans are outdated even as they are being made. The city has been sold out to neoliberal developments creating a larger gap between the rich and the poor. The gap is very visible in the cityscape. This documentary is a critical essay on the endless developments at the gate to Europe. Subjects are traffic plans such as the third bridge over the Bosporus, ecological problems, dramatic social consequences and real estate speculation. Is this the long expected Ekumenopolis in the making; a worldwide entangled city, or will this only lead to chaos?

JANE JACOBS VS ROBERT MOSES: URBAN FIGHT OF THE CENTURY

The struggle between urban plannerRobert Mosesand journalist/activistJane Jacobsover Moses's proposed Lower Manhattan Expressway. Both grew up in New York City and have personal connections with the spaces. Moses and Jacobs had deeply divergent visions of New York City's future.  Moses's ideals of a clean, orderly city where cars took priority was not unlike the model many American suburbs were built upon. Jacobs, on the other hand, embraced the messiness of urban life, preaching density and diversity of neighborhoods and arguing against top-down, high-handed methods of city planning.

The film presents an opportunity to learn from these two diametrically different cultures as their entire way of life transitions to something new. Stories from the citizens are inspiring. Ideas from community leaders are thought-provoking. Free-thinking entrepreneurs are putting a new spin on traditional concepts of growth.
Change is inevitable. And as the people in each city propel Detroit and Lodz into the future, this trans-continentaldialogue allows the global community to see how these fallen giants, troubled as they are, just might be the innovators writing the new rulebook for next generation cities. Venice turns into a ghost town at nightfall. Entire quarters, long since abandoned by their inhabitants, stand empty, their structures merely providing a myth to serve business interests. Twenty million foreigners visited the city in 2012, Venice’s own urban life has almost collapsed, it scarcely still exists. The film shows what remains of Venetian life: a subculture of tourist service industries, a port for monstrous cruisers which is waiting to be expanded, Venetians who are moving to the mainland as there are no longer affordable apartments to be found.
film provided by Architecture Film Festival Rotterdam.

TINY: A Story About Living Small

What is home? And how do we find it? TINY follows one couple's attempt to build a Tiny House from scratch with no building experience, and profiles other families who have downsized their lives into houses smaller than the average parking space. Through homes stripped down to their essentials, the film raises questions about sustainability, good design, and the changing American Dream

Half of the human population lives in urban areas. By 2050, this will increase to 80%. Life in a megacity is both enchanting and problematic. Today we face peak oil, climate change, loneliness and severe health issues due to our way of life. But why? The Danish architect and professor Jan Gehl has studied human behavior in cities through four decades. He has documented how modern cities repel human interaction, and argues that we can build cities in a way, which takes human needs for inclusion and intimacy into account. 'The Human Scale' meets thinkers, architects and urban planners across the globe. It questions our assumptions about modernity, exploring what happens when we put people into the centre of our planning

This is a fantastic film that examines cities from the U.S. to Latin America, Europe and beyond. This documentary highlights many important aspects of urban, beyond New Urbanism, including transportation, public space, community, affordable housing, and the urbanization in developing countries. It includes interviews with some of the world's top urban thinkers.

This short documentary examines a new development in Amsterdam that focuses on human needs and the importance of integrated incomes.

This short film tells the story of the vibrant and mostly immigrant community that used to sit where modern-day Dodgers Stadium is located in Los Angeles. This documentary shows the human-side of those who were displaced mega projects during Modern Era and causes one to think about the need to consider equity impacts in urban planning.

SPRAWLING FROM GRACE: THE CONSEQUENCES OF SUBURBANIZATION

This film encapsulates the environmental impacts of our urban development patterns. Beyond the natural environment, this documentary also considers some of the consequences to the human environment and loss of community that comes from the suburban lifestyle

THE NATURE OF CITIES

"The Nature Of Cities" follows the journey of Professor Timothy Beatley as he explores urban projects around the world, representing the new green movement that hopes to move our urban environments beyond sustainability to a regenerative way of living.

We are happy to announce Ivan Honchar Museum as the theme and the location of the Place Making & Building Transformation workshop.

This workshop is about the publicness of space in Kiev. Rather than focusing on the physical properties of public spaces, this workshop will scrutinize public space uses and the functions they hold in the lives of the citizens.

More info and the application process:http://festival.canactions.com/…/canaction…/workshop/5/about

Check out our EVENTS calendar, plan you SCHEDULE, share photos and communicate with the fellows!

Look up "canactions" in Apple Store and Play Market and use it!

Curator of the IAF CANactions 2016:

The need for sanitation in urban areas is obvious. Inappropriate sanitation can be damaging to human health and the environment. Especially in urban areas, where public toilets are more common.
Innovative design improvements in public toilets and new ways of recycling will help governments and their partners to meet the enormous challenge of providing quality services to public sanitation.

Organizer: GEBERIT - The European leader in the field of sanitary products.

The competition is open to persons under 35 years, who are citizens of Ukraine, from students to skilled architects and designers.

Competition will take place for the ninth time in a frame of the International Architectural Festival CANactions 2016.

The competition is open for:

• age restriction - up to 35 years, inclusively

• number of projects from one author is not limited

• the theme of projects is not limited

• individual membership or stuff is permitted

Among the awards are:

- the opportunity to study in DIA (Dessau Institute of Architecture) to get Master Degree - Germany,

FOR PARTICIPATION YOU HAVE:

- to fill the application form

- to send the project by e-mail: competition.canactions@gmail.com

Waiting for your apply!

Among our students we would like to see talented and ambitious agents of change who are ready to initiate urban projects and implement real transformations in Ukrainian cities. The topic of the STUDIO #2 is ‘Tackling the Future of Ukrainian (Post)industrial Cities’

Do (post)industrial cities of Ukraine have a future?Have they truly become post- or do they still remain industrial?How to take a step forward from a utopian Soviet past to a contemporary city without the utopian pretense?

The STUDIO #2 participants will be working on finding answers to these questions and raising new ones through developing strategic scenarios and tactical proposals for Kramatorsk – an Eastern Ukrainian city which has been chosen for our case study.

The students will get an opportunity to present their results at the annual CANactions International Architecture Festival in May, 2016.

Want to apply? Read more on our website:
http://www.canactions.com/en/news/APPLY-FOR-STUDIO-2/

You have one more chance to become a member of first urban school in Ukraine CANactions School for Urban Studies: Studio#1.

By popular demand, we continue to accept applications until 10 August 2015

We will give a grant to study free for citizens of Ukraine, who have experience of successful social projects and seek to join team, which will develop strategy for one of the cities in Ukraine.

should describe why exactly you want to win a grant and become Studio#1 participant, your vision of professional activities after the graduation from Studio#1

must contain examples of your design, architectural or urban projects, extracts from your written reports, publications, research and analytical work etc. Portfolio have to contain up to 5 projects, no more than 10 pages overall, and should not exceed 20 MB. Each project must be signed with title, year, explanation, significance and amount of work the candidate has conducted for the project.

Scan-copy of University Diploma. Candidate must possess at least a Bachelor's degree

The required documents must be sent via e-mail: stud.canactions@gmail.com

made by Web Studio